So every year as part of my work, I have to go to London to the London Affiliate Conference (LAC). Its basically where all the igaming affiliates meet up to do deals and socialise. Its usually a good laugh. Over the years I’ve won a few prizes and got freebies but this one was the best.

Topbetta.com is an Australian company which run a betting contest. You pay a fee and get virtual money. With that money you bet on sports over a set period, say a week and whoever gets the most money wins a prize. Depending on the prize structure, the “top X number” of players win something. Its popular in Australia where the prize pool can get up to the tens of thousands.

For LAC, they had a special contest on the Premiership. You had £1000 and there were 10 games. It was a winner takes all and no reinvesting of the profits. In the regular game, you can keep betting until your money runs out or the time ends.

I figured that the number of entrants would be low so the odds great. In the end only 24 people entered. Out of those about 16 bothered playing and only about half of those ended up in profit. So really I was competing with about 8 people. I didn’t know that at the time though.

So, I figured that in order to win this, I’d need to bet big and on something with some decent odds. No point in having loads of small bets as they all have to win to be up. On average you probably are better off having lots of small bets as it spreads your risk but in a game like this, you are best off going big or going home.

So first bet, I have top of the table Leicester to beat Manchester City. I was going to put the whole lot of Leicester but thought that if it lost, i’d be out so put £500 on it. At 5.5, that put me in a commanding lead after the first game. Unfortunately, someone else had exactly the same idea. I decided to put my other bet on something more solid and hope. Out of the 3 O’Clocks that day, Spurs to beat Watford seemed to be the safest. At 1.45 not great but it preserved my capital and allowed me to top up my balance.

The problem was this other guy who had £500 on Leicester. I had no idea what his other bets were. By the end of the Saturday he still had open bets. After the Arsenal game, he still had open bets so it had to be on Chelsea vs Manchester United. It turns out he had Manchester United to win. So from the 61st to the 91st minute this other fellow was looking at winning £1000. Luckily for me, Diago Costa scored in the 90th minute and sunk his bet. His misfortune was my good fortune.

So thats how I won the prize. Made my conference. It was a good conference anyway, caught up with friends, made some deals and winning a grand was just the icing on the cake. 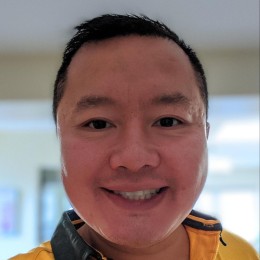